Interview with the Deputy Director of EUROPOL, Operations Department

In the exclusive interview series, this time we have the occasion of getting a glimpse inside of the European Union’s Law-Enforcement Agency, and the honour of an Interview with Mr Wil van Gemert, Deputy Director of EUROPOL the Operations Department. 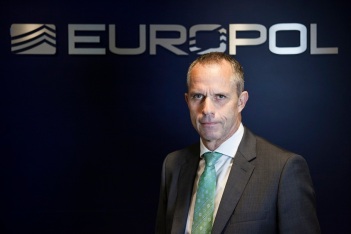 Q:  In the recent years, EUROPOL and the U.S Law-Enforcement Agencies have been expanding their strategic cooperation by signing numbers of new agreements on various issues from Cyber Crime to Counter-Terrorism, that could enable both sides to work more effectively to tackle the un-foreseen challenges of 21 century.

The U.S is by far the most important partner of Europol, and especially in the fight against cybercrime.  Both in the field of online child sexual exploitation and cyber-attacks, the FBI, the US Secret Services and the Immigration and Customs Enforcement are making invaluable contributions to EU efforts to arrest criminals. Because both the EU and the US face common threats from terrorism and organised crime, transnational law enforcement cooperation is particularly important to enhance the security of citizens, and even more necessary when it comes to fight against borderless crimes, namely cybercrimes. Indeed, cooperating for more than 11 years, Europol and the US recently agreed on joining efforts to counter foreign fighters and to combat illegal immigration, especially as exploited by organised crime groups.

Continue to read  the  Interview

EUROPOL and the U.S Law-Enforcement strengthening their cooperation

Continue to read on EUROPE News

See the current news on EUROPOL and the U.S Law-Enforcement

And the latest News  from EUROPOL

*With a special Acknowledgment to EUROPOL

Legal Conditions
All the materials on  US EU World Affairs.com (articles, news, photos, videos and media) are from various Governmental Agencies and are strictly Copy-righted. Redistribution, reproduction, copying, or linking the content of this organization, in any kind, are prohibited by Law.