Under the authority of the United Nations (UN Security Council Resolution 1244)  NATO has been leading a Peace Support Operation in Kosovo  since June 1999 in support of wider International efforts to build Peace and Stability in the area.

Today, approximately 5,000 Troops from the NATO-led Kosovo Force (KFOR), provided by 31 countries (23 NATO and 8 KFOR partners) continue to contribute towards maintaining a safe and secure environment and freedom of movement for all citizens, irrespective of their ethnic origin.

The HQ of KFOR is located at Camp Film City, Pristina under the authority of rotating Commander of KFOR (COMKFOR)  2016 © KFOR 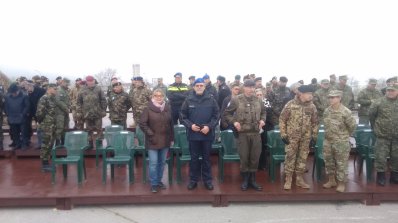 The Exercise is in a series led by KFOR, aimed to assess and upgrade the operational readiness and to enhance the coordinated efforts between KFOR,  EULEX, KP, KSF  in Kosovo.

Briefed by KFOR Public Affairs, additional elements  that have been part of the exercise were:

“KFOR will continue to contribute to a safe and secure environment and freedom of movement in Kosovo, working in close cooperation with the Kosovo authorities and with the EU.”

“….that NATO will continue to support the development of the security organisations in Kosovo and welcomed the increased professionalism shown by the Kosovo Police.” elaborated Deputy Secretary General Vershbow. September 12, 2016 © NATO Public Affairs 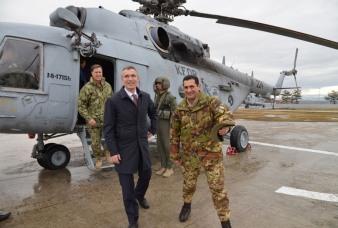 The Secretary General met with COMKFOR Major General Francesco Paolo Figluolo  and with the Leaders in Pristina. He described the KFOR a Success story of cooperation between Allies and Partners.

During this visit the Secretary General assured that NATO will continue its efforts in fostering a capable Kosovo Security Force:

“A professional and Capable Force. And a source of Regional Stability”.

“Under a clear United Nations mandate, our Mission has helped transform Kosovo into a safer place. And it has helped make the Western Balkans more stable.”

and concluded  “……..every man and woman who has served under the KFOR Flag has helped to change the course of history in Kosovo. And helped keep our neighbourhood stable. You have made a difference.”  January 23, 2015 © NATO