The Kingdom of the Netherlands World Affairs 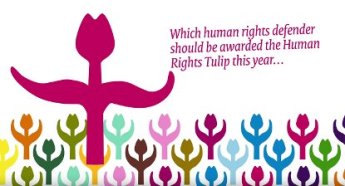 The Human Rights Tulip   is an award of the Dutch government,  organized by the Ministry of Foreign Affairs for:

“Prime Minister Rutte Mark, it’s a pleasure to be back here in the Netherlands. You are a great friend of Israel, a great personal friend and I think a great champion of peace.”

“Let me begin with a warm welcome to Prime Minister Netanyahu. Our two countries share a long standing relationship that means a great deal to us both. In our meeting we reaffirmed our commitments to take that relationship further, at both the government level, in business, investment and innovations.” Elaborated PM Mark Rutte at the beginning of press statement.

Additional: The Leadership of Israel in NATO

View the article/video on our site

‘The devastating impact of landmines doesn’t stop when the violence ends. Emergency workers are left unable to reach the places where they’re needed, refugees can’t return home and farmers can’t access their land. Before peace and stability can return, these deadly things have to be cleared away.’  Explained Foreign Trade and Development Cooperation Minister Lilianne Ploumen  July 20, 2016 © The MFA of the Netherlands

The Netherlands is one of the largest donors when it comes  demining, and wants to see Landmines eradicated within 10 years. The Dutch government will provide its full support in 3 Major Demining Projects in 13 Countries in the Word.  Announced the Ministry of Foreign Affairs

In the last last 4 years, Worldwide, the Netherlands has:

Dutch Foreign Minister Bert Koenders will participate in a conference in Washington DC on Wednesday 20 July on stabilising the Security situation in Iraq, which has been seriously disrupted by the terrorist organisation ISIL. The Netherlands is Co-Chairing the conference, at which Foreign Minister Koenders will meet counterparts from more than 20 countries. July 19, 2016 © MFA of the Kingdom of the  Netherlands 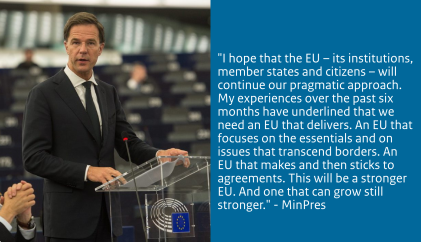 Netherlands and its Leadership in Promoting Human Rights in the World
The efforts to support Human Rights Defenders have been always main priority for Dutch Government and its policy. Those important measures are, not limited, but include:

The Human Rights Award Tulip by the MFA of Netherlands

The United States of America and the Netherlands an enduring Partnership

Remarks by Secretary Kerry and Dutch Foreign Minister Koenders, during their Bilateral meeting

The third Nuclear Security Summit in the Hague, the Netherlands