EUFOR Operation Althea was launched in December 2004 to replace (SFOR) the NATO-led Stabilizing Force in Bosnia Herzegovina.  Since then the Austrian Armed Forces have been in the front line holding the leadership in EUFOR.

Earlier this month, from October 1st the 5 days International exercise Quick Response 2016     was  executed under Austrian Military leadership in the western part of Banja Luka, in Bosnia and Herzegovina.  The EUFOR Multinational Battalion, the Intermediate Reserve Force from United Kingdom, the Tactical Reserve from KFOR, the Armed Forces Bosnia-Herzegovina, Portugal and Hungary have been taking part in it. The exercise aimed to enhance the close cooperation and interoperability of multinational Military units in EUFOR for maintaining security and rapid response in crisis.

Highly rich with European heritage, Austria is the centre of  Europe with its Capital city ‘Vienna’ the heart of Culture, History and Music, Literature, Science and Technology–since centuries ago.

In the Military sphere, the Austrian Armed-Forces has a major Leading Role in NATO, EU, UN Operations– deployed in various parts of the World for maintaining Peace and Security.

A glimpse into the recent years’ Austrian Armed-Forces Global engagements

The Austrian National Day , by the Austrian Diplomatic Mission to the U.S

Austria and its Leadership in NATO 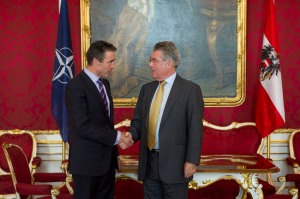 Austrian Leadership in the UN 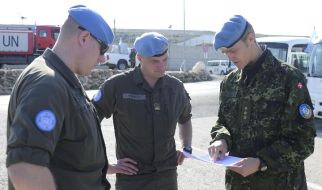 The Austrian Armed Forces in the UN mission in Lebanon, December 2011 ©Austrian Army

Austria is an active participant of European Forces in the United National Peacekeeping Operations. Since 1960 up to present day there have been 100,000 Military personnel from the Austria, deployed and served, in over 50 Peacekeeping and Humanitarian Operations in the various parts of the world.

The Elite Units of Austrian Army

October 26 the National Day of Austria

The National Day of Austria, October 26

The message from the United States on occasion of Austrian National Day, October 2015

Legal Conditions
All the materials on US-EU World Affairs.com (articles, news, photos and Media) are copy-righted. Redistribution, reproduction, copying, or linking the content of this organization, in any kind, are strictly prohibited by Law.
All rights reserved 2015-2016.