The Leadership of the United Kingdom in NATO….. in Europe…… and in the World

The UK Royal Air Force Tornado GR4 in Nellis Air Force Base in Nevada, USA.
The RAF fast Jet was, among 150 Aircraft taking part in the Exercise, hosted by the United States Air Force  2014© The Ministry of Defence UK 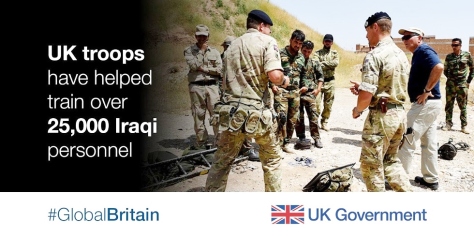 Throughout the centuries, with the renown stance at seas, most of which resulted in discoveries and establishing……..nations on the new and the unknown territories,  the United Kingdom’s Royal Navy holds the golden chapters in the Naval history.

In our current era the Royal Navy– still is positioned as the leading Force to protect, not only the European waters but in the wider scope the international maritime security, next to the United States.

A view to the essential contributions of Royal Navy in the recent years of NATO and EU Maritime Security operations:

Secretary of State for Defence Michael Fallon hosted a UN Peacekeeping Defence Ministerial in London on 8 September 2016. The participants from 80 countries agreed to provide more supports for the UN Peacekeeping missions and the Humanitarian interventions.

The objectives of the conference:

The UK Royal Navy and its Global Leadership

The United Kingdom, with the longest Naval history of Supremacy at Seas and the Oceans from the 9th Century onward, has an exceptional role– an eminent Leadership to exert in European Naval Force in  Operation Atalanta, the EU Naval Force in Operation Sophia, in the NATO’s counter-piracy Mission  Operation Ocean Shield and in recent NATO Operation in the Aegean Sea.

The Main Missions of the Royal Navy

The United Kingdom’s Leadership in NATO

On April 14 NATO Secretary General Jens Stoltenberg travelled to London and met with Prime Minister David Cameron. The meeting incorporated discussion on range of issues  that are challenging Europe, the subject of Global Security and the Nuclear Proliferation. The two leaders also discussed on the upcoming NATO Summit in July 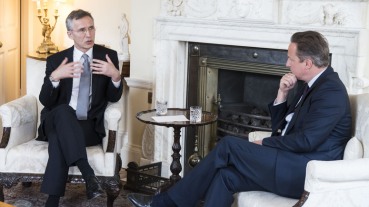 Secretary General Jens Stoltenberg highlighted that the World in a more unpredictable chart, NATO counts on the United Kingdom’s Leadership in addressing  these challenges and combating with the threats.  He also thanked United Kingdom for its crucial leadership in  NATO’s Collective Defense and the UK’s leading contribution to NATO which is the second to the U.S.

“NATO and the European Union are two organisations which are vital and which are working closely together in many different areas, and I would welcome even closer cooperation,” stated Secretary General  April 14, 2016 © NATO

In early March this year, Prime Minister Cameron announced an additional contribution to NATO’s recent Mission –by deployment of the Royal Naval Ship Mounts Bay in support of NATO Operation to the migrant crisis in the Aegean Sea

NATO Trident Juncture is a comprehensive Training Exercise with over  36,000 Military personnel from  30 Allied and Partner Nations added with 12 International Organizations, Aid Agencies and non-governmental Institutions.

The exercise is being executed in several locations and regions: 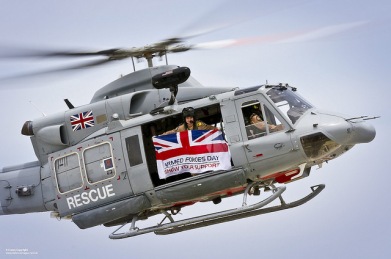