Thank you, it is always a pleasure to talk about the importance of NATO and this is a great opportunity to create awareness about Denmark’s work and active role within NATO.

Denmark’s security is indeed deeply rooted in NATO, and for the past 72 years NATO has been the cornerstone of Danish defence and security policy. We have continuously contributed to the adaption of NATO to fit the world’s ever changing challenges, all resulting in maintaining NATO as the world’s most successful alliance. NATO is a central platform for foreign-, security- and defence consultations among allies on both sides of the Atlantic, and under American leadership the Alliance has ensured peace in the Euro-Atlantic area allowing the people of Denmark to prosper in a free and open society.

In 1949, NATO was founded on the same principles and values as we stand for today, and it is essential forDenmark together with alliesand other like-minded countries to uphold and protect our values such as democracy, individual freedom, and the rule of law as laid out in NATO’s founding Washington treaty.

Safeguarding the rules-based international order is also important for the Alliance. This is why NATOis currently working on the forward-looking agenda NATO2030. We see a fundamental shift in the global balance of power, and NATO needs to be fit to match the derived consequences as well as the challenges that persist. Euro-Atlantic security depends on strong transatlantic bonds and we are therefore looking forward to this year’s summit and to recommitting to our special bond and shared values.

NATO 2030 and the upcoming summit comes at a pivotal moment for the Alliance. The current security environment is both complex, unpredictable, and the most challenging since the fall of the Berlin Wall. Systemic competition with countries that do not share our democratic values and undermine the rules-based international order as well as terrorism, disinformation campaigns, cyber attacks and climate change all require constant adaptation and agility. Consequently, Denmark has actively sought to respond through the Alliance by continuously increasing our shared focus on the capabilities required by NATO to maintain our collective deterrence and defence.

Denmark has contributed substantially to NATO operations and missions throughout the years, including through the command of NATO Mission Iraq, the present contribution to NATO’s missions in Afghanistan and Kosovo, and regular contributions to NATO’s enhanced Forward Presence (eFP) in the Baltic Sea Region and NATO Air Policing. Denmark has been ready to contribute, also, to difficult operations and missions to the benefit of Allied security. I believe that our contributions and continuous engagement has given us the reputation as a constructive and capable ally.

Through 72 years of being an ally in NATO, Denmark has seized opportunities to translate our commitment into operational actions. We believe in the transatlantic bond and the foundational values we all share and every day we go to work with the intention of letting our actions and decisions reflect this belief.

Continue to read the interview

Interview with Denmark’s Leadership to NATO in the next coming weeks, special edition.

The U.S leadership in the World by former PM of Denmak and former  Secretary General of NATO, Anders Fogh Rasmussen

The Will to Lead: America’s Indispensable Role in the Global Fight for Freedom 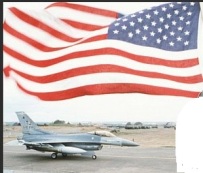 In its recent deployment to Mediterranean Sea as a part of Standing NATO Maritime Group-2, its tasks among others will include:

Since August 2010 the Royal Danish Navy has been vital part of  NATO Operation Oceans Shield.  Its participation has been by troops, military aircraft and vessels including:

Earlier this month on September 12, Danish Vessel HDMS Absalon has rejoined the Standing NATO Maritime Group 2 in the Mediterranean Sea. This is not the first time that the support Ship Absalon has been deployed for the NATO Operation–the Vessel has been also before part of NATO Oceans Shield in 2010. 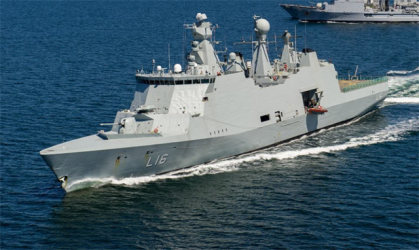 Source: Ministry of Defense of Denmark and NATO

Royal Danish Navy in the International Maritime Operation in Libya

Following that Royal Danish Navy led  the Operation in international maritime transport for removing Libya’s chemical weapons stockpile, starting from August 27, 2016. The chemicals have been transformed from port of Misrata in Libya to a special facility destruction in Germany.

Danish Ministry of Defence reaffirmed its commitment to this operation by stating:

“Denmark brings substantial experience from its effort in the removal of Syria’s chemical weapons in 2013 and 2014. Denmark has both the capacity and skill to take on this important task in a safe and secure manner”

“The Danish Defence has with great distinction – quickly and safely – solved the problem of removing chemicals out of Libya, and these substances can now be destroyed. The Danish Defence has substantial experience with tasks like this, and has once again shown that it is ready when needed to provide a contribution to peace and stability in the world. High praise for our soldiers and deployed personnel from the Danish Emergency Management Agency as well as the Customs and Tax Administration.”   August 31, 2016  © The Royal Danish MFA

“We have now removed the chemical remnants from Libya and have ensured that they will not fall into the wrong hands. This is an important contribution from Denmark to a safer world free of chemical weapons and a contribution that aims to support a more stable Libya. I am proud that the international community through the United Nations and OPCW has asked for Danish assistance, and very pleased that Danish ships and personnel once more has delivered on an important security policy agenda.” elaborated Foreign Minister Kristian Jensen. August 31, 2016  © The Royal Danish MFA

Additional: Denmark will bolster its Military Support to Afghanistan

Image: Danish Vessel in the Operation. August 31, 2016 courtesy of MFA of Denmark.

The U.S Defense Secretary Carter met with  Defense Minister Peter Christensen of Denmark in Stuttgart, Germany on May 4th to discuss a range of Security-Defence issues and the upcoming NATO summit in July.

Defense Secretary Carter thanked Denmark for intensifying its Military presence in Counter-ISIL combat and Denmark’s Military Leadership in continuing its support to NATO and the regional Security.  (Source: May 4, 2016 U.S Department of Defense)

Additional Reference:  The Danish Parliament gave a milestone support for  Denmark to thrust ahead as a Frontrunner in the fight against Da’esh

NATO Secretary General was awarded ‘KCMG’ by the United Kingdom

The award was a recognition for the outstanding achievements of NATO Secretary General Anders Fogh Rasmussen during his term at the office between 2009-2014.

“The 2014 Wales Summit took place at a time of significant geopolitical challenge. Under Mr Rasmussen’s leadership the Alliance set out an ambitious response, whilst maintaining unity throughout. The achievements of the Wales Summit included a new rapid reaction capability to respond to any threat, as well as an unprecedented agreement by Heads of Government to halt the decline in defence investment. His efforts included the modernisation of NATO to ensure an Alliance fit for purpose to counter 21st century threats, including in Cyber and Hybrid Warfare.   Ahead of the Warsaw Summit in July next year, the UK will continue to play a leading role to ensure implementation of Wales Summit commitments, including strengthening collective Defence. With a budget of £34 billion, the UK is the largest European contributor to NATO. Earlier this year, this government announced its commitment to meet the NATO guideline of spending 2% of GDP on Defence for the rest of the decade.” ©UK Foreign Office

The NATO Secretary General Anders Fogh Rasmussen, on the occasion of the award ceremony, expressed:

“I am deeply honoured to be appointed as an Honorary Knight Commander of the Order of St. Michael ad St. George (KCMG). This award will further strengthen my ties to the British people. Let me take this opportunity to thank the UK for its invaluable contribution to the promotion of Freedom and Peace in the World. The United Kingdom is a staunch NATO ally and a bedrock of the Transatlantic Security Cooperation between Europe and the United States.  I would like to extend a special thanks to the British service men and women in gratitude for their tireless efforts to make the world a safer and better place to live.” ©UK Foreign Office

The Royal Danish Navy in NATO

On October 1st, the HDMS ABSALON of Royal Danish Navy joined NATO Counter-piracy Operation Ocean Shield. The Operation is to keep the region safe from the threats of piracy and to maintain the Maritime Security at all level.

The Royal Navy Ship will visit the port of the Mediterranean Dialogue Partner Nations and meet with the high level Military Leaders including the Royal Jordanian Naval Force.

View the article on DoD