Israel and its Vital Partnership with NATO, with EU and the United States of America,…..its Leadership in the Region and in the World

High and  Exalted………………Merciful and Gracious

High and Exalted………..    Dwelling in Eternity whose name is Holy-

He is Lofty and Holy……………And created His Universe

(From ‘Sefer Yetzirah The book of Creation’ By Rabbi Aryeh Kaplan)

The United States close partnerships with Israel is not only rooted in the heritage and history of Millions of Americans with the Jews background.  But also Christianity in the U.S is the most Authentic form of Christianity that honors the people who have been greatly cherished in every pages of Bible ‘The People of Israel‘

On Remembrance of Shimon Peres by World leaders

View the article on our site

The U.S and Israel an enduring partnership-2

View the article  on our site

The Kingdom of the Netherlands and Israel an enduring partnership

View the article  on our site

The Kingdom of the Netherlands and Israel an enduring partnership

On his official trip, Prime Minister Benjamin Netanyahu visited the Netherlands and met with HRH King Willem-Alexander at the Noordeinde Palace in the Hague and with Prime Minister Mark Rutte. The meeting was to bond a deeper political, diplomatic, innovation and economic relations between the two countries.

“Prime Minister Rutte Mark, it’s a pleasure to be back here in the Netherlands. You are a great friend of Israel, a great personal friend and I think a great champion of peace.”

“Let me begin with a warm welcome to Prime Minister Netanyahu. Our two countries share a long standing relationship that means a great deal to us both. In our meeting we reaffirmed our commitments to take that relationship further, at both the government level, in business, investment and innovations.” Elaborated PM Mark Rutte at the beginign of press statement.

View the article/video  on our site 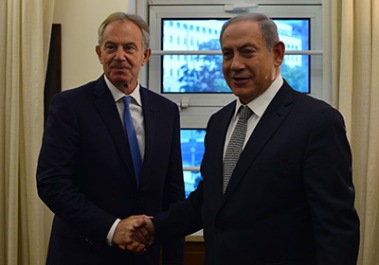 Prime Minister Tony Blair visited Israel and met with Prime Minister Netanyahu. During their meeting the two Leaders discussed Regional Security and Peace, and the important Role that Israel holds, not only in the Region but also in the World. 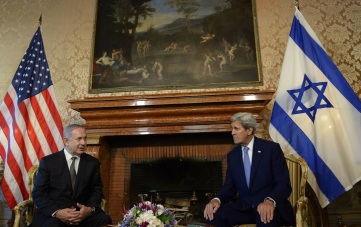 “We discussed everything that the Secretary spoke about, challenges in the region from ISIL, East, West, South. We discussed not only American-Israeli security cooperation, but security cooperation in a larger regional context. We discussed how we could advance a process with the Palestinians, difficult though it may be. We discussed regional implications for stabilizing the Middle East, moving it to a place where it would be less convulsive. And we discussed some bilateral issues between us. This was a far-ranging discussion that I think was meant to bring us both in a common direction for common purposes and I found it very valuable. Thank you.”  elaborated Prime Minister Netanyahu  27, 2016 © Department of State

“ We had a very productive conversation about that and we talked at some length about ways in which we might be able to try to work to move things in a more positive direction.”     “And of course, finally, we talked about Brexit – impossible not to – and how that might or might not affect all economies.”  stated Secretary Kerry  and continued:

“Most importantly, Israel is, as everybody knows and we reiterate again and again, a critical ally and friend of the United States ”   June 27, 2016 © Department of State

Read the statement by PM Netanyahu and Secretary Kerry on PM website:

And on the Department of State

Statement by Prime Minister Netanyahu on the tragedy in Brussels

On January 28, following the meeting of the Prime Minister Netanyahu with the President of the Republic of Cyprus and the Prime Minister of Hellenic Republic, a closer partnerships and cooperation between Cyprus-Greece and Israel was established. 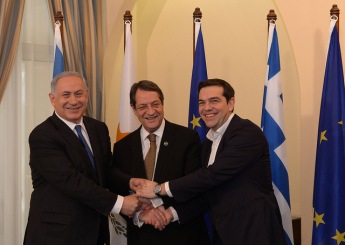 “We, Nikos Anastasiades, President of the Republic of Cyprus, Benjamin Netanyahu, Prime Minister of the State of Israel, and Alexis Tsipras, Prime Minister of the Hellenic Republic, having met in Nicosia today, 28th January 2016, have agreed to strengthen the cooperation between our three countries in order to promote a trilateral partnership in different fields of common interest and to work together towards promoting Peace, stability, Security and prosperity in the Mediterranean and the wider Region.” January.28, 2016 ©The office of Prime Minister

PM Netanyahu meets with US President Obama at the White House, MFA of Israel

The Land of Glory, Innovation and History that offers every welcoming incentive to invest in it.

As a part of Maximal Support to the companies seeking to invest in Israel, there are Tax reduction rates, Tax exemptions and other tax-related benefits through the Law for the Encouragement of Capital Investments and Industrial R&D.

Ranked 1st in the world for innovative capacity, Israel the best place to Invest

The meeting was to emphasize the great bods and partnerships between the countries.

©The office of Prime Minister

Israel has been accepted as a full Member to the UN Committee on the Peaceful Uses of Outer Space (COPUOS) with only 1 against and  171 votes in favor.

On the occasion of the historic accession Hadas Meitzad, Israel’s political affairs Counselor stated: “The advanced Capabilities of the State of Israel ( in Science and Technology) and its Commercial Space Industry, combined with a complex and sensitive Diplomatic process, led to the acceptance of Israel to this prestigious organization.”

In the recent years Israel has been developing new Technology which can help the U.N. to keep track  and control of hazardous space objects.

The UN Committee on the Peaceful Uses of Outer Space (COPUOS) was founded in 1959 with currently 84 Members.

Earlier this year NASA has also signed a new agreement to further its cooperation with the Israel Space Agency.

“Our two countries have had a long history of cooperation in space exploration, scientific discovery and research, and we look forward to the opportunities this new agreement provides us to build upon this partnership.” expressed on the occasion Charles Bolden from NASA.

Prime Minister Netanyahu visited UK, on September 10, and  met with Prime Minister David Cameron. The visit was to highlight the greatest partnerships between UK and Israel. And also the security in the Middle East which has been threatened by the radical groups and the ISIS in the recent years.

The President of the European Council Donald Tusk travelled to Israel, on September 8,  and met with Prime Minister.

The joint press statements by Prime Minister Benjamin Netanyahu and the President of the European Council Donald Tusk.

©The office of Prime Minister

The media Objectivity and Truthfulness are important component of the Integrity of Journalism that should be kept all the time, but are  missing in some part of Europe and very much in Germany.

Bilder der Woche (from the Embassy of Israel in Berlin)

Prime Minister Netanyahu met with the Nobel Prize winners from various parts of the World.

Israel and its Leadership in the World

Israeli Mission to the European Union

Israeli Mission to the European Union (news on twitter)

The Nobel Prize Laureates from Israel:

Invest in Israel, Ministry of Economy of State of Israel

The United States of America and Israel

The U.S  Diplomatic Mission to Israel

The Diplomatic Mission of Israel to the U.S